Perfect Pairing: There’s a What???

Did you ever wonder what would happen if a wild animal suddenly appeared? As adults, it’s often difficult to set reality aside and consider the possibilities. But kids, and picture book creators who think like kids, can do so, as these fun picture books show! 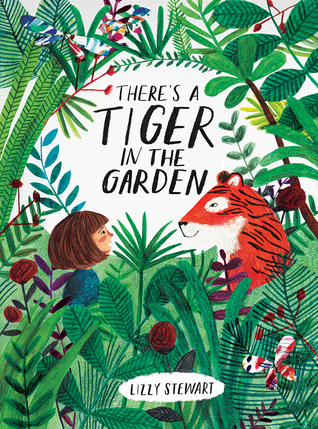 There’s a Tiger in the Garden

When Grandma says she’s seen a tiger in the garden, Nora doesn’t believe her. She’s too old to play Grandma’s silly games! Everyone knows that tigers live in jungles, not gardens.
So even when Nora sees butterflies with wings as big as her arm, and plants that try and eat her toy giraffe, and a polar bear that likes fishing, she knows there’s absolutely, DEFINITELY no way there could be a tiger in the garden . . .
Could there? 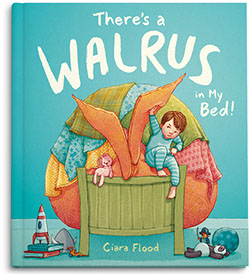 There’s a Walrus in My Bed!

Flynn has longed for his first big boy bed, but now that it’s here, there’s one rather large problem: a walrus!

I paired these books because they are humorous examples of imaginative picture books that deal with kid-relatable life situations, and both have fun twist endings. In There’s a Tiger in the Garden, it’s Grandma who first mentions the possibility of the tiger, as well as other unusual creatures, in the garden to her bored granddaughter. Nora then meets these other creatures and this tiger – or is it a real tiger? In There’s a Walrus in My Bed, Flynn’s parents believe he is imagining the walrus to avoid sleeping in a new bed for the first time – until they don’t think so. I think kids and adults will enjoy the twist endings of both books. What unusual creatures are lurking in your home?

2 responses to “Perfect Pairing: There’s a What???”